Redefining the world as an unbounded space of play. 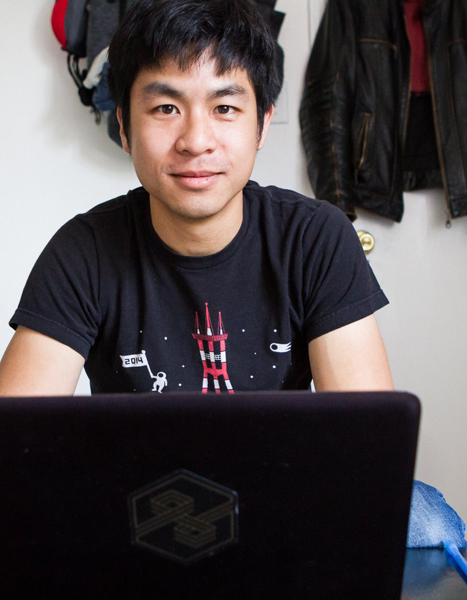 Albert Kong is a game designer and artist from the wonderful town of Corvallis, Oregon. His work is focused on the audience as players and the world as an unbounded space of play. Albert creates participatory performance and installations that challenge players to view the physical and social space around them through the lens new rules.

Following a BA in Linguistics and Japanese from UC Berkeley in 2006, he spent two years developing and teaching a curriculum in parkour, an urban movement discipline that challenges how we interact with the architecture of a city. Informed by parkour's philosophy of transgressive exploration, he has since been involved with the street game design community and urban exploration community in the Bay Area. His games have been featured at Come Out Play in New York and San Francisco and at IndieCade East and West.

Albert formerly directed the Come Out & Play Festival in San Francisco, and went on to co-create Sandbox, a monthly open mic for games and experiences. Albert was a founding member of the Living Room Collective, which manifests immersive installation pieces combining elements of theatre and technology.

Currently, Albert is blurring the line between private and public space, through the development of Mt Caz with Christina Tran. Mt Caz is a private residence intended to be shared with the community as a renegade arts space, coworking studio, performance venue, artist residency, potluck restaurant, subversive classroom, and whatever else it decides to become. Follow Mt Caz on Tumblr.